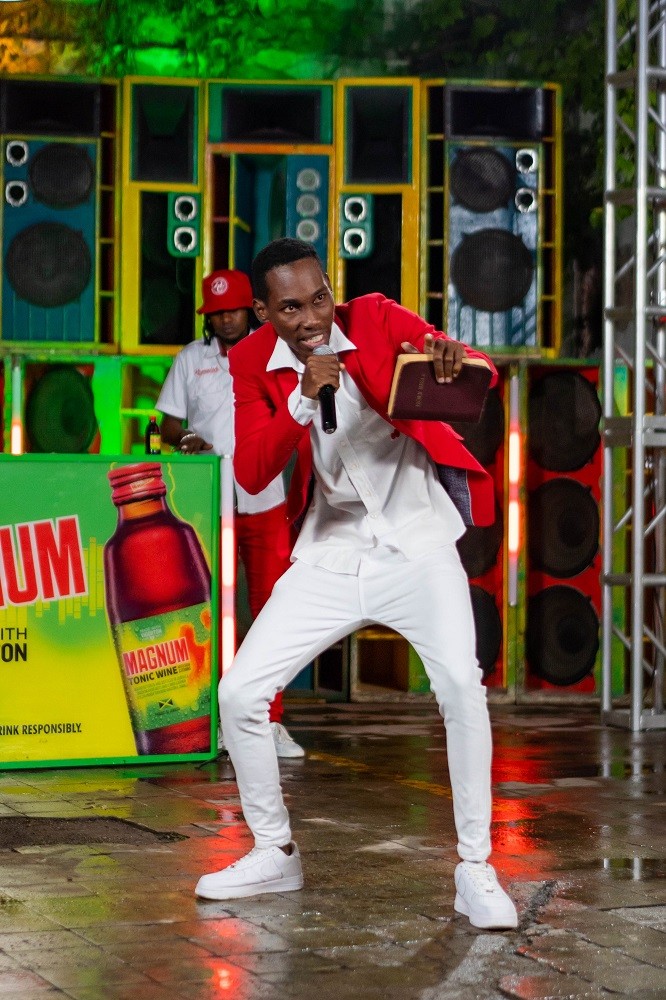 Saj, the first runner up in the inaugural Magnum Top Performa competition, first performed the single in the final round of the competition back in December, where he competed against King Calie who ultimately bagged the crown.

Since then, the artiste has been a crowd favourite and a sensation on social media due to his dancehall-style gospel lyrics and flow. He says he remains thankful to both the competition and to God for his continued success, but wants persons to focus on the words of his song.

“I feel great about the release of the song, working on the track was a roller-coaster ride but we enjoyed pushing through. I love the reaction so far; many persons were looking forward to it from the Top Performa competition, so now that it’s out persons have been tuning in and supporting the word of God. It’s a powerful song with a powerful message and I’d love for persons to not just listen it and say yea it bad but I want them to tune in to the message within the song,” he expressed.

Already, bloggers have taken to their respective platforms criticizing the artiste for producing secular tracks on dancehall riddims. One such blogger, The Entertainment Feed, took to YouTube to express his concerns - but later conceded that the artiste is talented and could square up with many current dancehall acts.

“Even though I stated that no gospel artiste should release grimey dancehall songs I have to admit to how lyrical [Prince Saj] is I would listen 100 more songs like this. This is an extremely good song, well put together, well lyrical, fulla style, flow, and so on. Nuff dancehall artistes probably feel a way about me saying this right now but the man sound better than nuff entertainers out there weh get the buss. If Prince Saj ventures into dancehall and get the big break, him wudda run some a unnu foot hot,” he explained.

Mixed reviews aside, Prince Saj is still soldiering on for Christ and hopes for the song to go worldwide.

“I really hope that this song can minister to a lot of persons and inspire them to walk with Christ. I’d also love for persons to share this song with all those who they can share it with and help make this song one of the biggest songs in the world right now,” he said.

On the heels of releasing this hit track, Prince Saj expressed thanks his manager DaJourney, DJ Marc and the Fully Jesus Team. He also expressed thanks to CJ The Chemist who “mixed and mastered” the song; CJ is also the producer for the One Mattic rhythm. The song Fully Jesus is also one of the official tracks on the rhythm, alongside Skeng’s “Gunman Shift”, 10Tik “We Nuh Like War” and Intence’s “Poison” among others.

CJ The Chemist also had good things to say about the budding artiste.

“Him bad. Talented youth [who] have a lot of potential [and] his approach to business is different you can’t put him in a box. Him ago reach far- bright future ahead. Mi rate him energy [it] was a good vibe,” he said.