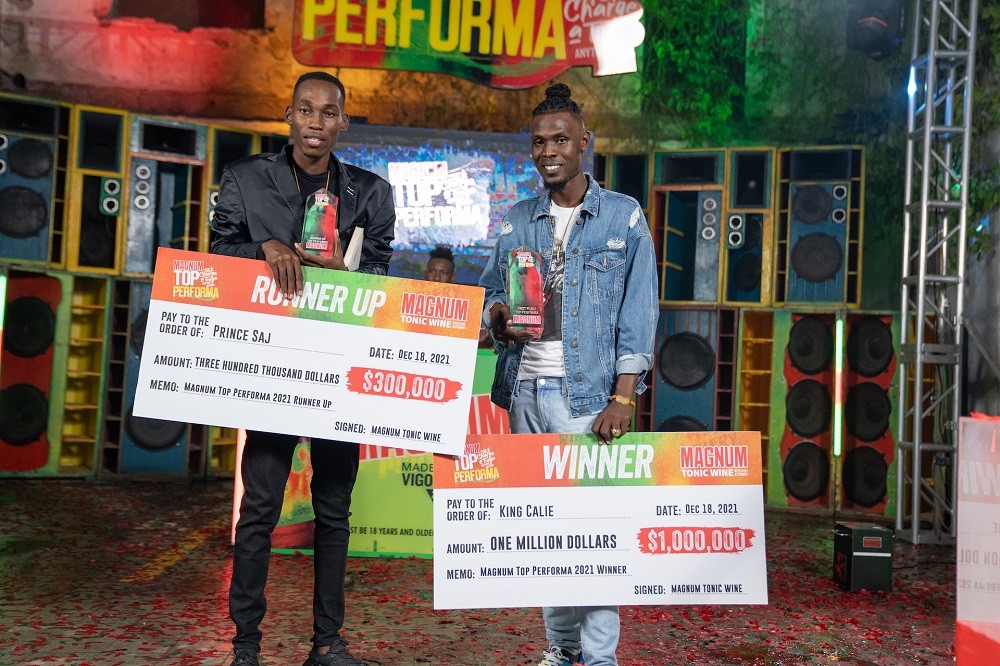 King Calie lives by the words, "Success is a fallacy that breeds complacency." He is the winner in the Magnum Top Performa competition, having emerged as the top contender after three months of intense lyrical battles and creative performances.

"My journey has been mountainous and testing, but equally as rewarding with the knowledge and experience it has given. Ever since I decided music was it, I met up on opposition. Mom wanted me to be a lawyer, so she fought music in the beginning," the entertainer said.

He continued: "I couldn't hold a note at one point to save my life, but through the tough mentorship of Mikey Bennett, the journey fixed it. [I] could not perform to shake a leaf in the wind; that was also corrected by Sir Phillip Clarke on the journey. That has been the journey, though; when the student is ready, the journey provided the teacha," King Calie reasoned.

Having been crowned Magnum Top Performa, King Calie walked away with $1 million and will have the opportunity to create a music video and a song, to be produced by Romeich Entertainment.

"The competition was great! All the contestants did really well, and I am just so happy to have come out on top. I am so overwhelmed and just grateful to Magnum Tonic Wine and Romeich for this opportunity. It was a lot of work, but it paid off in the end. The needed eyes are now on me and I am endlessly grateful. That has been the most noted impact," he said.