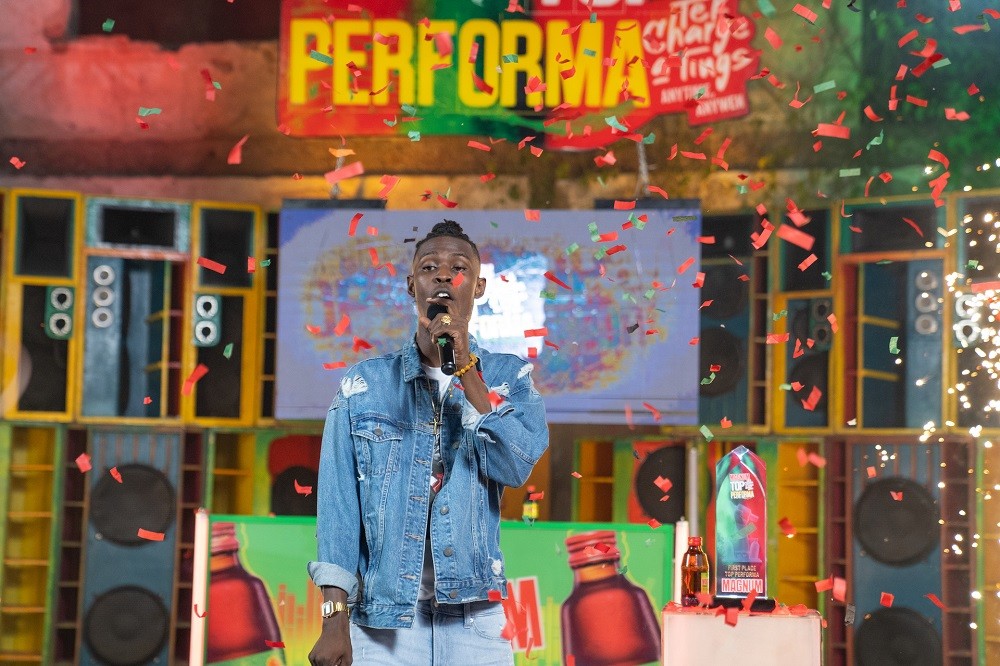 FOLLOWING his win in the 2021 Magnum Top Performa last Saturday, King Calie said his first major plan is to give back to his community of Belvedere in Red Hills, St Andrew.

He intends to use his part of his $1-million prize to invest in his career and to provide tablets to needy students in his community.

“There are students who are unable to participate in online classes, so I am going to be purchasing a few tablets for the youth in the community to assist with their education. But the bulk of the money, I will invest in my career development,” King Calie told the Jamaica Observer.

After three months of competition, the Magnum Top Performa competition came to a close last weekend. Sixteen finalists were selected from a field of more than 1,000 entrants. King Calie and Prince Saj were the two remaining finalists who competed for the main prize.

King Calie (real name Dwight Gutzmere) said when he was announced winner, he was in disbelief.

“I was actually in a space of disbelief which is why I said what was on my mind. I kept thinking why do I feel so weak but also firm in the realisation that I am not nervous. I feel accomplished but humbled by the knowledge that the work has just begun,” he said.

He said members of his community in Belevdere, who were supportive during his journey in the competition, are elated at his win.

“They are super proud and super supportive. They are responsible for a large part of me winning the competition. They have always loved the idea of being represented well on the world stage,” said King Calie.

“Apart from the works we will be doing with the mogul Romeich, we have stalled several releases waiting on an opportunity like this so we have those cued and waiting to be released,” he said.

He said the lesson learnt from the competition is one of growth.

“There is nothing like knowledge and so far, the journey has provided an abundance, and this is just the beginning.”

“We knew what we wanted to achieve with this competition. We wanted to unearth and hone talent and introduce them to the music and entertainment, but we never anticipated the impact it would have on the contestants or the support the brand would get. The debut of this competition has been nothing short of remarkable,” Powell said.

Major had nothing but well wishes for the winner, and fellow participants.

“Congratulations to King Calie, our overall winner. Also hats off to all the contestants, you all showed true professionalism, creativity, and lyrical skills, keep going, every one of you has what it takes to make it,” he said.

Magnum Top Performa is a lyrical face-off competition where initially 16 artistes clashed against each other every Thursday over 15 weeks, freestyling to “16 bars” on rhythms played by a host DJ.