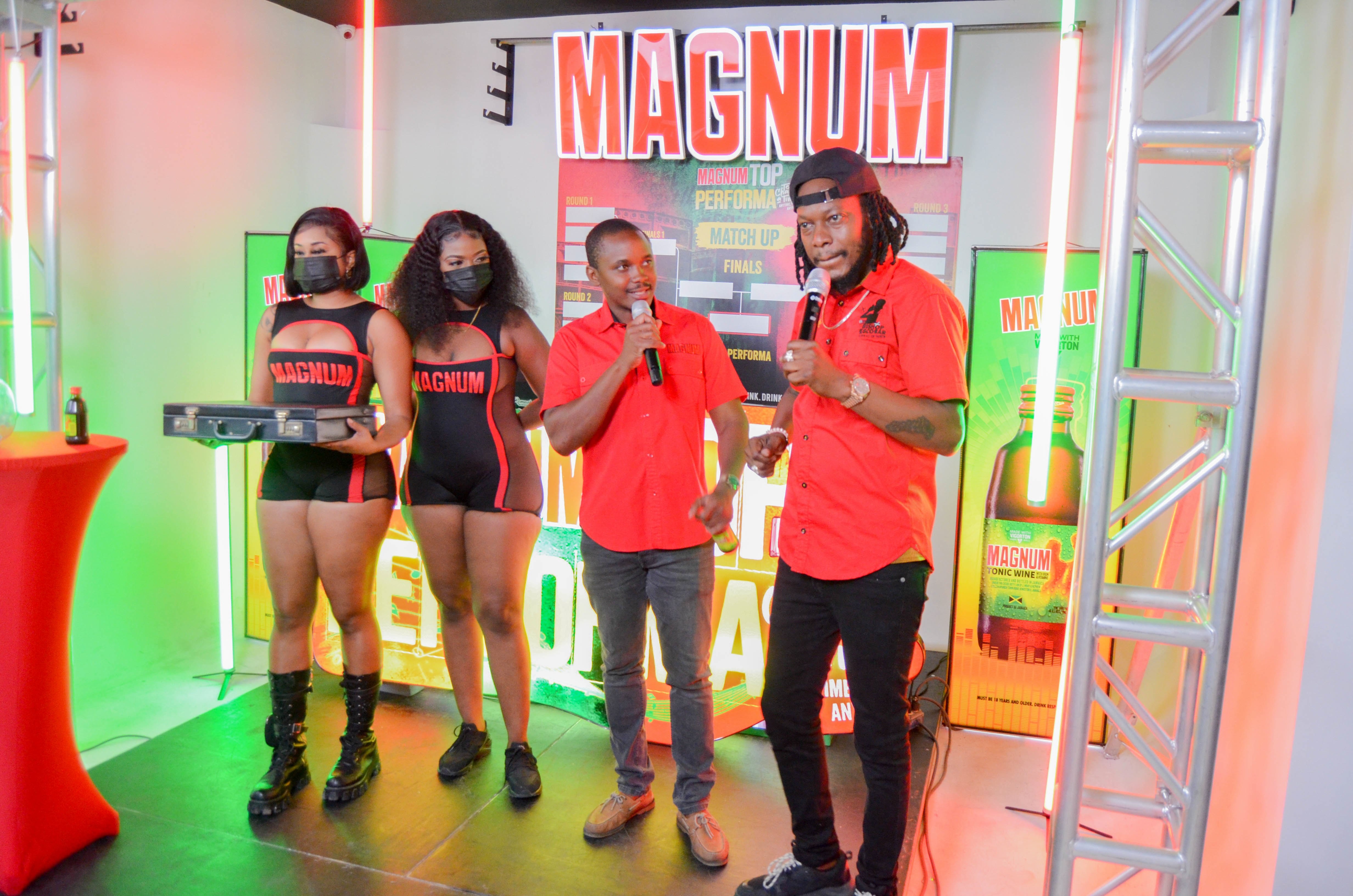 Kingston, Jamaica - 30 September, 2021 - After hours of sorting through entries, 16 contestants were announced to compete for the ‘Magnum Top Performa’ title instead of the planned 12. The announcement was made through a series of Instagram lives on Magnum Tonic Wine, Romeich Entertainment, Dear Dream, The Tropix and Rokin Entertainment’s IG pages among others.

Top Performa is a lyrical faceoff style competition spearheaded by Magnum and endorsed by entertainment mogul and businessman, Romeich Major. The competition aims to give emerging artistes a platform to showcase their lyrical talents.

Earlier, the team shared that they received just over 1700 entries after the submission portal closed last Wednesday. This influx in submissions, more than tripled the target of 300 entries which made it hard for the team to select the finalists; so, they decided to increase the number of finalists from 12 to 16. Major said that the decision was hard, but he is pleased with the selections and believes it will make the competition more interesting.

“Well, we got flooded with so many talented people entering the competition, that we just made the decision to change it from twelve to sixteen. I believe that this will push the contestants to go even harder and it will add some fire to the competition. Overall, I’m really pleased with the finalists, and I’ll just advise the viewers to make sure they tune in to the show,” he said.

With an added element of surprise, Regional Marketing Manager for the brand, Kamal Powell walked into the announcement event with a brief case holding the millions of dollars making it clear to contestants that the money is theirs for the taking.

“The last few days were very hectic, but we persevered and selected the final sixteen contestants which wasn’t an easy decision. I want to thank all the participants who submitted their entries and wish good luck to those who are selected to compete. Contestants here it is, a suitcase full of cash, we want you to show us why you deserve to be the next Top Performa. To our viewers, ensure you tune in to the competition and vote for your favourite Performa. Stay tuned to our IG page @magnumtonicwine and our website Magnumhub.tv for show details,” Powell explained.

The event was hosted by Bishop Escobar, who will also host the Top Performa competition. Also, on the scene were in house DJs, Scrappy and Deva Kidd as well as Romeich Entertainment’s music producer Slyda who created some of the riddims that will be used throughout the competition. The top 16 finalists were also present, each person performed their 30 second entries to show viewers why they deserve to be the next Top Performa.