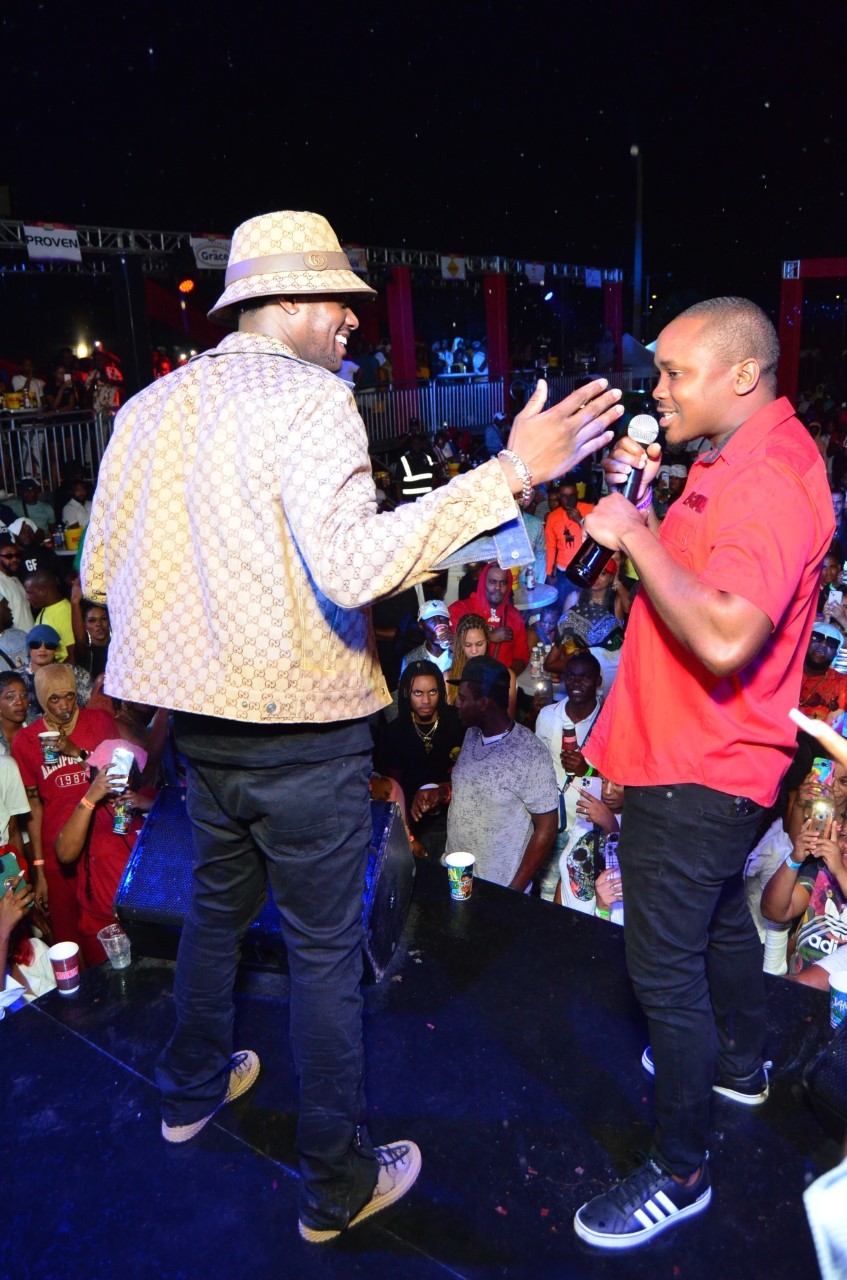 Dancehall brand, Magnum Tonic Wine has upgraded Ding Dong’s contract by re-signing him as their Chief Dancing Officer. The announcement was made on Saturday night, October 1, at Ding Dong’s birthday bash, at the National Stadium car park.

“Tonight we are all here to celebrate Ding Dong’s earth strong, and in true Magnum style after four years we are pleased to announce that we are re-signing Ding Dong, not just as a brand ambassador but as a Chief Dancing Officer. A big man ting this, we elevate di man contract. Magnum is proud to award Ding Dong this title, which is the first of its kind for the brand and a symbol of Magnum’s commitment to Ding Dong and to dancehall,” announced Regional Marketing Manager for Magnum, Kamal Powell.

The dancing king has been a part of the Magnum family since October 2017 when he first signed as the brand’s ambassador.

Magnum is recognized locally and regionally as the ‘drink of dancehall’ and has honed its place in the industry by uplifting dancehall music and culture.

With this new title, the brand recognizes Ding Dong’s ability to constantly elevate the vibe and energy in dancehall, with the creation of new dance moves and hit songs.

“In our eyes, Ding Dong is a cultural ambassador and a key player in the nation’s music industry,” Powell added.

After the grand announcement was made, Magnum sweetened the deal by presenting Ding Dong, real name Kemar Ottey, with his highly anticipated gift which stood in a life-sized gift box on stage. On cue, a Magnum hostess burst out of the box bearing a platinum, gold encrusted chain with a signature “DD” pendant attached. A surprise that Ding Dong says he’ll never forget.

“The box kinda frighten me a while ago eno- rich chain eno. Magnum big up yourself. Big up mi company and my brand- definitely won’t forget this,” he said.

When asked about how he felt about his new title, Ding Dong revealed that he is pleased with the announcement and will continue to do good for the genre.

“It’s a good feeling to know I’m being recognized in this way, it’s a real honour. And we know say we out here doing big things in dancehall and our culture, and we ago continue to do even bigger things and take the culture global,” shared Ding Dong.