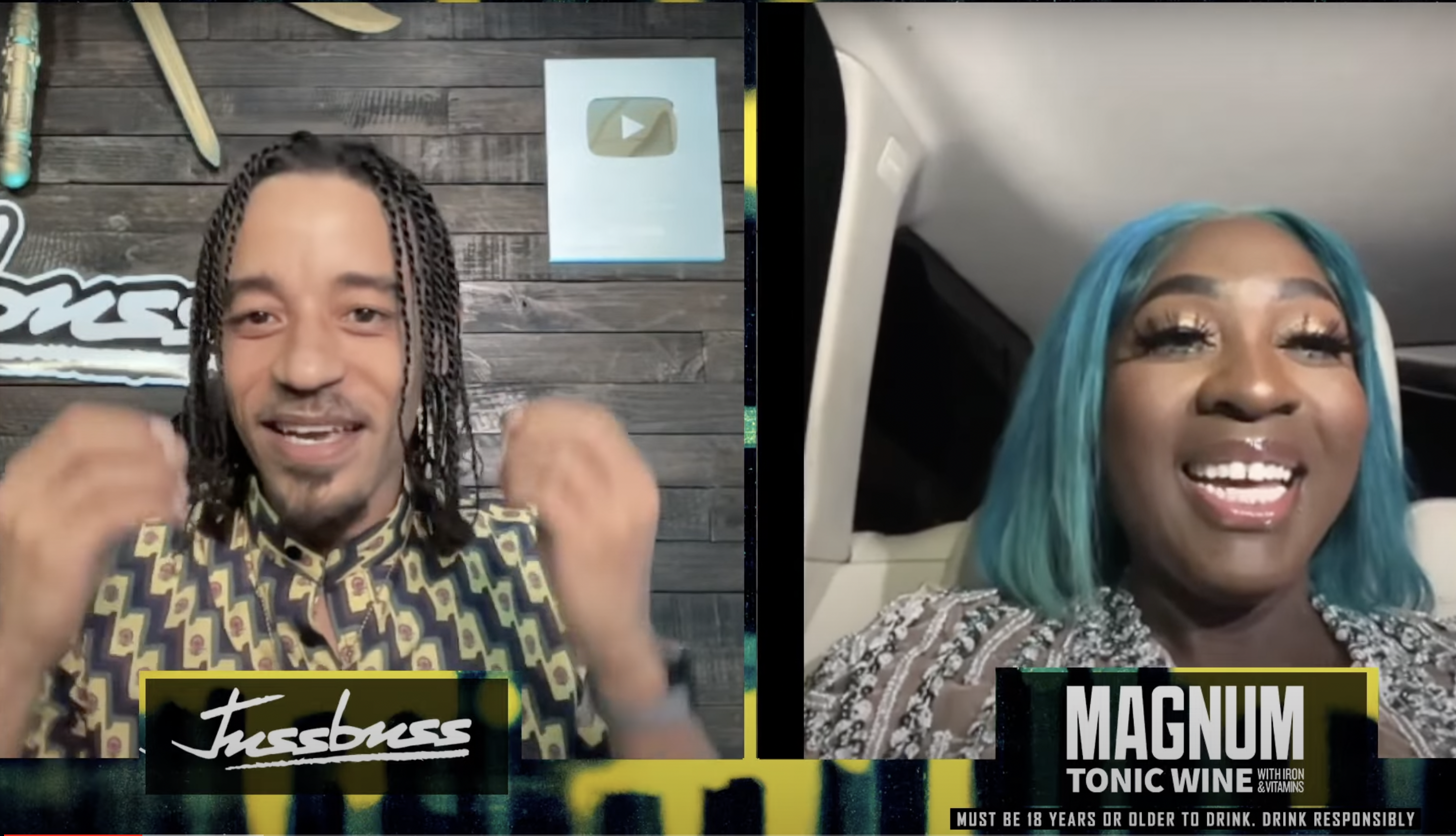 Kingston, Jamaica- August 26, 2022- Grammy-nominated recording artiste and the reigning queen of dancehall, ‘Spice’ has released her highly anticipated album “Emancipated”. This is her second album release since 2021, following her debut album, “Ten”.

In an exclusive interview with JussBuss TV, powered by Magnum Tonic Wine, Spice explained what inspired the title.

“For the past ten years, there has been an ongoing feud where the fans already know that [me and] my past record label was going back and forth and I wasn’t able to get out of that record deal. So now that I am out of the deal thanks to Shaggy- I am now celebrating my independence because this is the first time after ten years that I am free… it's only right that I celebrate my freedom with this project,” she shared.

When asked about the close timeline of her two albums Spice lamented that the move is necessary for her 20-year career in the industry.

“Well, I’ve been in the industry for 20 years. So I’m not sure if it sounds good to say that I’ve been in the industry for 20 years and only have one album- to me it nuh sound good. Suh if me haffi guh play catch up me haffi play catch up because for the past ten years you know how much album me cudda release in that time. So now that I’m emancipated it's only right that I celebrate my freedom so I am going to be releasing a lot of music,” she explained.

In addition to her catalog of accomplishments, Spice is also a brand ambassador for Magnum Tonic Wine which she says plays an active part in her career.

“When it comes on to my music, Magnum is a huge supporter- one of the biggest supporters when it comes on to my career. They always try to sponsor one of my music videos…the album is out now there are ten songs on it…it's now for them to choose which one they want to be a part of,” she said.

“Even though I mentioned Magnum in this new song that I have out, “Tape Measure” you know seh it kinda raunchy so me never bother link di boss fi sponsor dah one here,” said Spice in between laughs.

The authentic dancehall album features nine songs two of which already have music videos, “Clap Clap” and “Tape Measure” which was released last evening. The Grammy-nominated artiste revealed that there will also be a part two for the album and hinted at possible collaborations.

“The secret behind this album that there are two parts to this album. [For] the first part, I wanted it to feature myself… I want it to celebrate my independence so in these nine songs it's just me alone on the first part of the album. But you never know, maybe coming up on the other part you will hear a collaboration so you just have to stay tuned. That was a surprise that I didn’t even want people to know because I didn’t want people to support this project because of anyone but me Spice because I like the genuine love and support,” she stated.

Spice is happy about the album and thanks all key players in the project such as Shaggy, her Creative Director Molly, Stealth Music Group, and United Masters LLC.

Her album “Emancipated” is now available across all streaming platforms.